Antibiotic resistance is the ability of a microbe to outsmart or evade the current arsenal of antibiotic drugs available. There are other organisms such as viruses and fungi that cause illness, but antibiotics aren’t effective against them.

“The ‘drivers’ of resistance are many, but we know that the more an antibiotic is used the more likely it is that an organism will find a way to ‘dodge the bullet’ and become resistant,” explains Dr. David Williams, lead physician for HCMC’s ASP.

“While we know that antibiotics are true miraculous discoveries of modern medicine, their effectiveness has been diminished by the emergence of these resistant organisms and lack of understanding of when exactly to initiate and stop antibiotics.”

Dr. Williams says that the problem of over-prescribing antibiotics is world-wide. They may be unnecessarily prescribed up to 50 percent of the time, mostly for conditions that are predominantly viral (such as the common cold, acute bronchitis, sinusitis, etc.). Very often the need for prompt treatment, as well as uncertainty of the specific diagnosis prompts the unnecessary prescription. But Dr. Williams is encouraged about technologies in development to help physicians decide whether or not to prescribe an antibiotic.

“We are at dawn of an era of rapid molecular diagnostics – that is, using new molecular tests that can distinguish between viruses and various bacteria. Also known as ‘molecular fingerprinting,’ this holds a promise of enormous benefit to help clinicians make decisions about antibiotic use.”

Why should people care about antibiotic resistance?
Antibiotics are the only drugs where use in one patient can impact the effectiveness in another. If everyone does not use antibiotics well, everyone will suffer the consequences of more and more resistant organisms. In fact, in some US hospitals patients have succumbed to highly resistant gram-negative infections because of the lack of availability of effective drugs.

“The response to this evolving crisis is to rethink how we use antibiotics which should now be regarded as a ‘non-renewable resource,’” Dr. Williams says.

In the past few months, both the Centers for Disease Control and Prevention (CDC) and the Food and Drug Administrations (FDA) have drawn attention to the concerns about the emergence of resistance.  In a document entitled, “Antibiotic Resistance Threats in the United States, 2013,” the CDC highlights the fact that 23,000 people a year die of antibiotic resistant infections. Three organisms: Clostridium difficile, Carbapenem-resistant Enterobacteriaceae (CRE) and drug resistant Neisseria gonorrhoeae are identified as “urgent threats.”

The CDC highlights four core actions to fight the spread of antibiotic resistance:

Why are Antibiotic Stewardship Programs needed?
Basically, patients infected with resistant organisms have prolonged hospital stays as well as increased mortality. Often resistant organisms require multiple drugs with an increased likelihood of side effects. The end result is higher health care costs. Additionally, in response to the growing concerns, there are now a number of regulatory recommendations surrounding the use of antibiotics. The Centers for Medicare and Medicaid Services (CMS) recommend a number of initiatives including the development of antibiotic stewardship programs which should be multidisciplinary to oversee and review how antibiotics are used, how patients are monitored, etc.

“Specifically, they now ask that antibiotic orders include an indication for use and that we have in place a mechanism to review antibiotic therapy after seventy-two hours after initiation of treatment,” explains Dr. Williams.

ASP at HCMC
“The good news is that HCMC’s antibiotic cost per patient per day is low compared with similar hospitals and we also have a low incidence of multi-drug resistant organisms,” according to Dr. Williams. “With our antibiotic stewardship efforts, our basic philosophy is to provide clinicians with the best information rapidly and accurately and to help identify the best treatment for their patients, which may include encouraging a shorter duration of antibiotic therapy where possible.”

How can patients help?
“Patients can be patient,” says Dr. Williams. 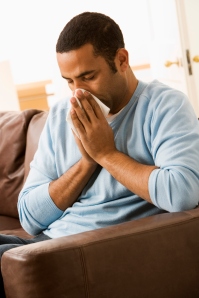 “While it can be frustrating to sniffle and cough through a nasty viral illness, most of the time it is the best course of action. Rest, medication for symptom relief – cough and cold medicine, pain relief and fever reducer, humidifier, and hydration are most often the best ways to tackle a virus.”

He adds that all patients are different, and that there are many good reasons why antibiotics are a good choice. Patients should talk to their doctors about what’s best for them.

“The goal is to be judicious about the use of antibiotics so that they’ll continue to work effectively when they’re really needed.”

View all posts by hennepinmedical